THE GASTRONOMIC HEART OF VENICE

Extremely fresh, quality raw materials for creating traditional Venetian dishes; this is the secret of our cuisine. Every day, we select and purchase typical “local” products from our islands and our lagoon.

Osteria Al Pesador is located in an area with a thousand-year history of trade, with the Rialto Market as its point of reference. The main Venice Market was transferred here in 1097.
In 1181, a pontoon bridge was built connecting the two banks of the Grand Canal, thereby allowing easy pedestrian access and better transit of goods from the “fondaci” (stores) overlooking the banks.
In 1524, next to the church of San Giacometo, the “Bancogiro” was established, a true bank that offered financial and monetary services to traders.

The building which now houses the Osteria was built in this period. In addition to the “Bancogiro”, many warehouses and facilities for the market were also built.

Next to the “Bancogiro” was the public weighbridge known as “Pesador”, that is, the place where goods were weighed.

Over the years, public buildings were also built here for carrying out administrative functions for the Serenissima Republic (Republic of Venice): the Palazzo of the Camerlenghi, the Palazzo of the Savi and finally, in 1591, the Rialto Bridge.

Rialto was the heart of a public trading system which involved a much larger area than that of today. It was a real hub of international trade active right up to the twentieth century.

Today the Rialto market has a different configuration, after undergoing reorganisation in different periods. The fish market is held under the arches of the “Pescheria”, and the general market, which occupied the very area in which the Pesador is situated, has been transferred to the island of Tronchetto. 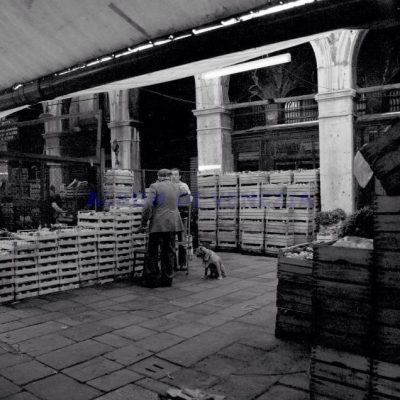 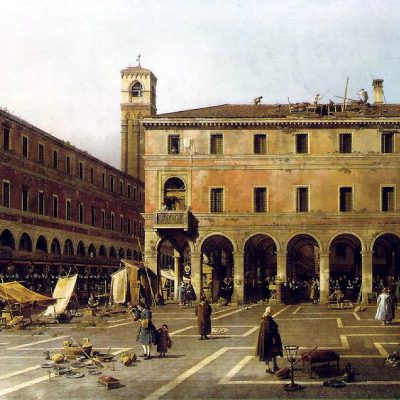 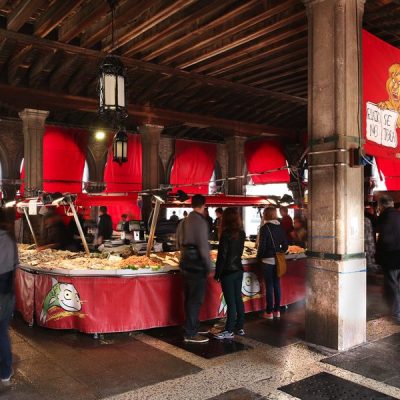 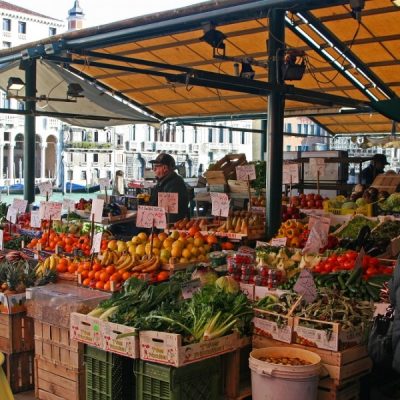